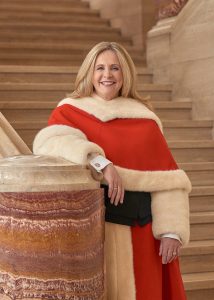 Justice Sheilah L. Martin holds a Bachelor of Civil Law and a Bachelor of Common Law from McGill University, a Master of Laws from the University of Alberta, and a Doctorate from the University of Toronto. Justice Martin worked as a researcher and law professor at the University of Calgary from 1982 to 1986. From 1991 to 1996, she was Acting Dean and then Dean of the University of Calgary’s Faculty of Law. Until her appointment to the bench, Justice Martin first practiced criminal and constitutional litigation and then civil litigation in Calgary. She appeared at all levels of court, often at the Supreme Court, and was awarded a Queen’s Counsel. Justice Martin was appointed to the Court of Queen’s Bench for Alberta in 2005. She served as well as a Deputy Judge for the Supreme Court of Yukon from 2009 to 2016, when she was appointed to the Courts of Appeal of Alberta, the Northwest Territories, and Nunavut. She was appointed to the Supreme Court of Canada in December, 2017. She has been involved with judicial education throughout her career.