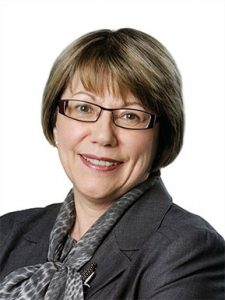 In July 2009 Ms. McLellan was appointed an Officer of the Order of Canada and in October 2013 she was invested into the Alberta Order of Excellence.

Ms. McLellan serves on the Board of Directors of Agrium and Cameco. She served on the Boards of Nexen from 2006 to 2013 and the Edmonton Regional Airport Authority from 2007 to 2015. In addition she is Vice-Chair of the Board of the Institute for Research on Public Policy and serves on the Boards of the Edmonton Community Foundation and the Canadian Stem Cell Foundation. She also served as a member of the Premier’s Council for Economic Strategy from 2009 – 2011 where she provided guidance on actions the Alberta government could take to best position the province for the future.

She holds a Bachelor of Arts and a Law degree from Dalhousie University and a Master of Laws degree from King’s College, University of London. Ms McLellan was admitted to the Bar of Nova Scotia in 1976.