Leadership in the Profession (In-house or Government) – Francine Swanson, K.C. 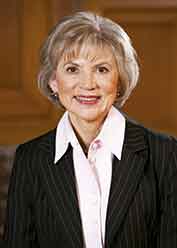 In addition to her judicial duties at the Supreme Court, the Chief Justice chairs the Canadian Judicial Council, the Advisory Council of the Order of Canada and the Board of Governors of the National Judicial Institute.

The Chief Justice is the author of numerous articles and publications.