Leadership in the Profession (Broader Roles) – Kathleen A. Ryan, K.C. 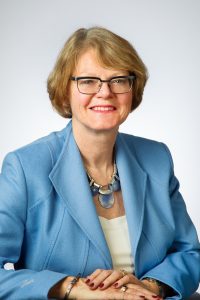 The Honourable Patricia Rowbotham is a justice of the Courts of Appeal of Alberta, the Northwest Territories and Nunavut. Over her 34 year legal career she has been a practising lawyer, a law professor, a trial judge and an appellate judge. Justice Rowbotham is a graduate of the University of Calgary (Bachelor of Education 1976, LLB 1981). She also holds an LLM from Cambridge University (1984). Justice Rowbotham was called to the Bar of Alberta in 1983 and appointed Queen’s Counsel in 1996.

Justice Rowbotham’s background as a civil litigator (1984 to 1990 – Fenerty Robertson Fraser and Hatch (Dentons LLP and Blake Cassels and Graydon)) and the variety of courses which she taught at the Faculty of Law (Civil Procedure, Evidence, Torts, Trial Advocacy, Wills, Oil and Gas Law, and Professional Responsibility) provided her with a valuable base of knowledge and experience for her role as a jurist. Justice Rowbotham is bilingual and has presided over complex constitutional law appeals argued in French in Alberta and the Northwest Territories.

Justice Rowbotham takes great pride in the accomplishments of her former law students and articling students. Her greatest source of pride is her three children, Charlotte, Anne and Michael Stokes.