Leadership in the Profession (In-House or Government) – Kathryn Chisholm, Q.C.

Leadership in the Community – Patricia Hebert 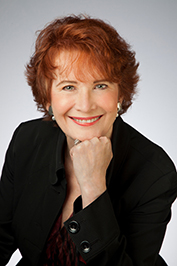 The Honourable Catherine Anne Fraser was appointed Chief Justice of Alberta in 1992, the first woman appointed chief justice of a province in Canada.

Born in Campbellton, New Brunswick, she graduated from the University of Alberta Faculty of Law in 1970 as the Silver Medalist and received her Master of Laws from the London School of Economics and Political Science in 1972. She was admitted to the Alberta Bar in 1971 and appointed Queen’s Counsel in 1983. She practiced law in Edmonton, concentrating on corporate and commercial law and also served as Chair of the Alberta Public Service Employee Relations Board.

The dominant theme of the career of Chief Justice Fraser has been her devotion to the rule of law, constitutionalism, access to equal justice and the protection of rights and freedoms for all individuals. She recognizes that judicial independence and judicial accountability go hand in hand in preserving public confidence in the delivery of justice.

Over the past two decades, Chief Justice Fraser has advocated for the rule of law, judicial independence and human rights internationally. She has been involved in judicial education initiatives in Australia, New Zealand, England, India, Pakistan, Sri Lanka, Serbia, Croatia, Taiwan, Zimbabwe and, most recently, the Palestinian Territories. She has worked with judges from many of these countries and spoken and written on a wide range of topics.